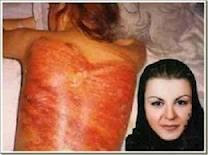 Najla Wafa once a businesswomen and a partner with a Saudi princess is serving 3 years prison term and received her latest 50 lashes batch of the 500 lashes a Saudi court punished her with for a business disagreement with her partner.

Ms. Wafa has been on a hunger strike and suffering a terrible psychological status and a deteriorating health condition. Meanwhile, the Egyptian Muslim Brotherhood government doesn't seem to be interested at all in this matter, or maybe interested in training the Egyptian people for implementing the same law in Egypt.. Worth mentioning that Saudi is one of the main supporter of Al Qaeda FSA terrorists fighting the Syrian people to promote democracy & freedom.. 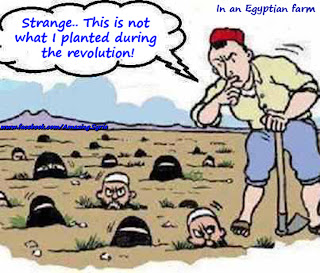 --
- The above information were posted by real Syrian activists from Syria & around the world, not by western intelligent post offices duped activists.

at 1:02 AM
Email ThisBlogThis!Share to TwitterShare to FacebookShare to Pinterest